So this quote came across my Facebook wall a week or so ago:

“After I had written this book I told several friends. Their response was polite and mild. Later I was able to tell them the book was going to be published. Almost to a man they used the words ‘I am proud of you.’ They were proud of the result but not of the action.” – Hugh Prather

Attached to that post was some additional commentary from the person who posted the quote. He was proud of all his friends for their actions, not the end results. In that moment, I felt very fortunate to know this person and I felt even more fortunate that he was just one of many people in my life who echoed that sentiment.

You see I have written a short story that was published in an anthology. When I got the email saying that I had made it into the book my wife came up to me and said, “Congratulations, you’re a published author!” On the surface would appear that this was praise attached to the result. That would be true as becoming published is a big deal, however, if we go back not a month earlier I participated in NaNoWriMo (National Novel Writing Month).

NaNo, as it is affectionately known, is a challenge to write a novel in 30 days (a novel being defined as at least 50,000 words). I tried in 2011 and failed miserably, barely squeaking out 21,000 words. In 2012 I also squeaked out a number – 50,000 in 29 days (I took the last day off to celebrate AND grew a moustache for Movember the whole time). As soon as I crossed the 50,000 word plateau I paused and took a moment to soak it all in. My wife wrapped her arms around my neck, kissed me on the cheek and said, “Congratulations, you’re a novelist!”

The support and the support of those around me as I muddle my way through this whole book writing thing is absolutely outstanding. To them, and certainly to me, the journey toward becoming a novelist is an accomplishment to be proud of.

Fast forward to one of the first comments on that Facebook post I started this article with. It read:

“Anyone can write a book. The trick is writing something good enough to convince a publisher that enough people will find it interesting enough to buy.”

Sitting on my couch reading that comment over and over I went right properly ballistic.

After settling down a bit I re-read it and I guess there’s a certain amount of truth to the statement. In one month, technically, I wrote a book, but his over simplification of the task and his assertion that for your book to be “good” you need to “convince a publisher that enough people will find it interesting enough to buy”, are well… *cough cough* bullshit *cough cough*

First of all, I suspect that there’s only so much convincing that you (or your agent) can do. At the end of the day content is king. It does need to be interesting, but the idea that if you can’t convince a publisher it will sell that you have nothing to be proud of, or that your book isn’t good,  is completely absurd. Quite frankly, those sound like the words of someone who is never going to write a book.
The first thought that went through my head was actually, Sure anyone can write a book. In the same way that anyone can become an astronaut. This was echoed by my writer friend Gareth Young when I mentioned this Facebook post to him and he replied:

“It’s a little like saying you just have to study and train hard, be a genius level polymath and Olympic level athlete to be an astronaut. Sounds pretty straightforward when you put it like that. Although now anyone can be an astronaut too. All you need is plenty of money and the Russians will strap you into one of their rockets and shoot you into space.”

If we take it a step further, these days anyone can get a book published too. Self publishing is a rapidly growing business and many writers are having a pretty good go with it. So, Mr. Facebook Guy, does this mean that if you self-publish you have nothing to be proud of? Is your book not “good enough”?

Now, because (surprisingly) not everyone has read everything I have ever written on this blog you may not know that back on February 9th I wrote this:

“Good ideas are even harder to come by. Those are like the crystal clear double rainbow you see after a short summer rain where you can imagine giant pots of gold at each end and a bevy of leprechauns dancing a jig around them. Oh, and let’s not forget that all this has to be interesting enough for people to read. That’s like trying to describe your rainbow scene in such a way that someone would rather read about it from you than see the photograph of it taken by someone else.“

My excerpt was in the context of being a writer – as in, anyone can write but not everyone can write something readable. On the surface you’d think my comment and the Facebook Guy’s were just variations of each other, but there’s a solid distinction to be made. Gareth (this guy is good with words – I mean really good) also had this to say:

“Anyone can write a book but not everyone can be a writer. Writers are a whole different animal from people who just write books.”

Indeed. Anyone can blather 50,000 words onto a page and say “I wrote a book”. I did it, and I’m a giant lazy turd with a day job and a family and more procrastination techniques than anyone I’ve ever met. But that’s not all there is to writing a book – at least not if you want to be a writer. Blathering gibberish onto a page is making a book, not writing a book.

Properly writing a book means a whole lot of research, hard work, patience, and dedication. When you’re done and you’ve got your fifty, sixty, seventy, or a hundred thousand words down on the page; with all your characters developed, your plot points covered, your beginning, middle, and end all tucked away between the title page at the front and the final punctuation mark at the end you take a break, and then you edit it. You edit the living hell out of it. Then you edit it again, and possibly again. Then, you let someone else read it. Maybe it’s some beta readers, maybe it’s a professional editor, maybe it’s your husband, your wife, your best friend, or your mom. You take this thing that you’ve just invested countless hours on, put your heart and soul into, devoted those precious few free waking moments to, and you hand it to someone – and you wait. You wait and you wait and you wait. You wait for them to tell you… that it’s not good enough.

Then, you suppress your anger, you hide your tears and bite your lip, and you take the comments, one by one, and you learn from them. You make changes and you re-write and you re-work and you polish. You push through the pain and the heartache, and you keep writing. You just keep writing. 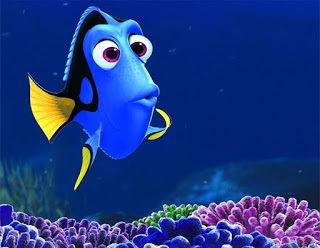 After you have spent more time editing and re-writing (and crying) than you did writing it in the first place, you finish. Done. You write your acknowledgements and you celebrate, for you have accomplished something great.

It is said that a first novel can take someone years to write. If you still think anyone can do it I dare you to try – just once – give it a try. I’ll check back with you in 2015 and see how you’re making out.