… from the other, other Cambridge

This is the thrilling conclusion to my 2000 km solo road trip to the North East United States (and back). What began with an absolutely fabulous Pearl Jam concert in Buffalo and a visit with one of my favourite writers in a wee town so far out of the way in New York that Ithaca can be heard saying, “Where is that place anyway?” continued on without incident and spectacular weather – until the border and my last 90 minutes of driving.

First, after visiting Gordon Bonnet I was treated to a 6 hour drive to Cambridge, Massachusetts – some of it along I-88. Where’s I-88 you ask? It’s a good question, and one I received a lot (apparently not many folks make the Binghamton to Schenectady run these days):

Honestly, with most of the drive along I-90 it wasn’t too bad, especially when you have scenery like this to stare at the whole way:

Anyway, on with the travels. I was visiting a lifelong friend of mine in Cambridge, MA (I can’t possibly keep typing that state out in full) and every time I visit we go do a few touristy things that I haven’t done before. I love museums and history and such, but being Columbus Day there wasn’t a lot open. We went to Walden Pond where I could have stayed taking pictures all day and then some.

The afternoon was filled with more fun and excitement as I got to fill my sports and history void all in one shot with a tour of Fenway Park! It wasn’t a game day but Major League Baseball had control of the field so we weren’t allowed in the dugout or on the field, but the view from atop the Green Monster is something to behold. 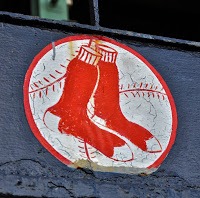 For those keeping track, I promised fun times and beverages with some pretty awesome writers on this trip. Do not despair! My first full day in Cambridge, MA ended with a trip to the Cambridge Brewing Company with none other than the author of The Prodigal’s Foole, R.B. Wood. This is a guy I’ve only interacted with on Facebook and Twitter and meeting him in real life was a thrill. I’m not just saying that because he bought me dinner.

Tuesday was a pretty laid back day hanging with my bud and his 14 month old son. No need to go into much detail except to say that it was great to spend some quality time with my friends in my favourite city in America. Oh, we went to the aquarium where I managed to take this picture: 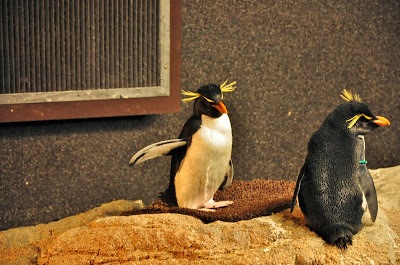 Wednesday brought a short drive into Rhode Island. I’d only ever driven through it once before and happened to blink so I didn’t really see much of it. Make no mistake, even though people like to use “… the size of Rhode Island” as an expression it’s actually pretty big (you’re welcome, RI tourism).

While the state is small in size and population it is home to at least one seriously good writer, and I got to meet him! Alex Kimmel is a native Californian that through a series of interesting events has ended up in a quaint little town in the middle of Rhode Island. If you’re looking for a scary book to read check out The Key to Everything. Right now it’s sitting at #4 in its genre on Amazon, after two Stephen King novels and ahead of another King and an Anne Rice. I told you he was good.

A great guy, great writer, and #4 on the Amazon horror list – and me on the left.

So there you have it. Wednesday night was spent staying at a cousin’s place in Connecticut and Thursday was a looooooonng drive home. With no tolls and no stopping for food and gas and no border crossing and no traffic Google says it’s 7 hours and 58 minutes. It turns out that not many people live in this Utopian Google Land of Perfection and it took me a full 10 hours. Again, with the awe inspiring beauty that are the fall colours of New England and upstate New York it felt like a lot less.

Wishing you all happy travels and good writing!